How to create and change WordPress user roles programmatically

In this tutorial we are going to look into how you can create, assign and bulk assign user roles programmatically without using a plugin.

WordPress custom user roles and capabilities is a powerful way to control how different users can interact with your WordPress site.  For example user roles can be used  in your theme or plugin to change visual aspects, such as menus or widgets or to hide or show content specific content. This is functionality that is quite common for membership websites. This powerful tool can be used in many different ways to add additional levels of security and prevent certain users from accessing specific information.

It’s worth mentioning that WordPress custom roles have two implementation modes. They can be used in addition to your current user roles, or they can replace them. In WordPress a user can have multiple roles, or just one.

Before assigning your users to a role we need to tell WordPress that we have this role in our site. We can create the role by using the add_role() function. Once a role is created, it is stored in the database. This means that you need to run the code that creates the role only once on your website. Even if you remove the code after it’s created, the role would still exist on your site. The only way we can remove that afterwards is by using yet another snippet.

Here is an example of using the add_role() function to create a new WordPress user role:

There are two components for that code, the role creation and our hook.

Next step is finding the best function to change or add new WordPress user roles.

In some situations you might want to check what user roles some user has been assigned to. It’s a little counterintuitive but in WordPress you can’t get the user role of a user just by passing the user ID. This is because the user roles data is stored in the user meta table in the database. For this, first we have to get the user_meta_data, this will return an Object that will contain all the user roles assigned to a user:

There are two approaches when it comes to assigning custom roles to your WordPress users.

Since WordPress support multiple roles per user, you can use a single role that replaces all the roles of the user. Or you can assign different roles in addition to the default role used.

Changing the role itself is quite easy. You just need to load the WordPress class for a user and use either the set_role method (for replacing) or the add_role method (for adding new roles).

Both approaches have their pros and cons. When you use a WordPress role change, your users will be limited only to the capabilities that this specific role allows. This is particularly useful if you have well defined and excluding roles in your site. So, if a user can only be either member or manager, using the “set_role” method is the way to go.

On the other hand, if your site is used in a way that users can do different things at the same time, “add role” is your best option. For example, if you need your “Editor” users to also have “Member” capabilities, you can add the “Member” role to your users, so they won’t lose their editing capabilities.

Now it’s time to get our hands dirty. Let’s see some examples of how you can change your WordPress user roles based on certain criteria.

Suppose we want to change users from the default “subscriber” role to the new “power member” role we’ve created. And that change should happen after the 10th login of a user. So here are the ingredients for our code:

Now this is the snippet to do it:

This code is just a very basic example, but you can use many variations of it. For instance, let’s say that we want to add the power_member role to users who have commented 15 times. A very similar approach can be used, but this time we’ll check the current comments count for that user. Also, we’ll run that code in different hooks, as we want to do that based on a different action.

In the end, the core of changing WordPress user roles programmatically is finding the right hooks. Once you find the right hook for what you want, then you’ll be able to plug in your custom function. In addition, often we need variables that aren’t stored yet. For these cases you can make use of new custom fields, as we’ve done with the sessions.

We have explained in detail how you can change WordPress user roles in bulk in our WooCommerce roles tutorial. There you’ll see how to change user roles in bulk using filtering criteria. But if you want a quick way to change all users from one role to another the “Bulk Change Role” plugin is a good tool.

Often, we also need to see some information about our users. And you can use the Users Insights  plugin for that. With it we can extract more information from our new user roles. For instance, you can just filter out all users who have our new role:

We could also export these users and process their data using some external software: 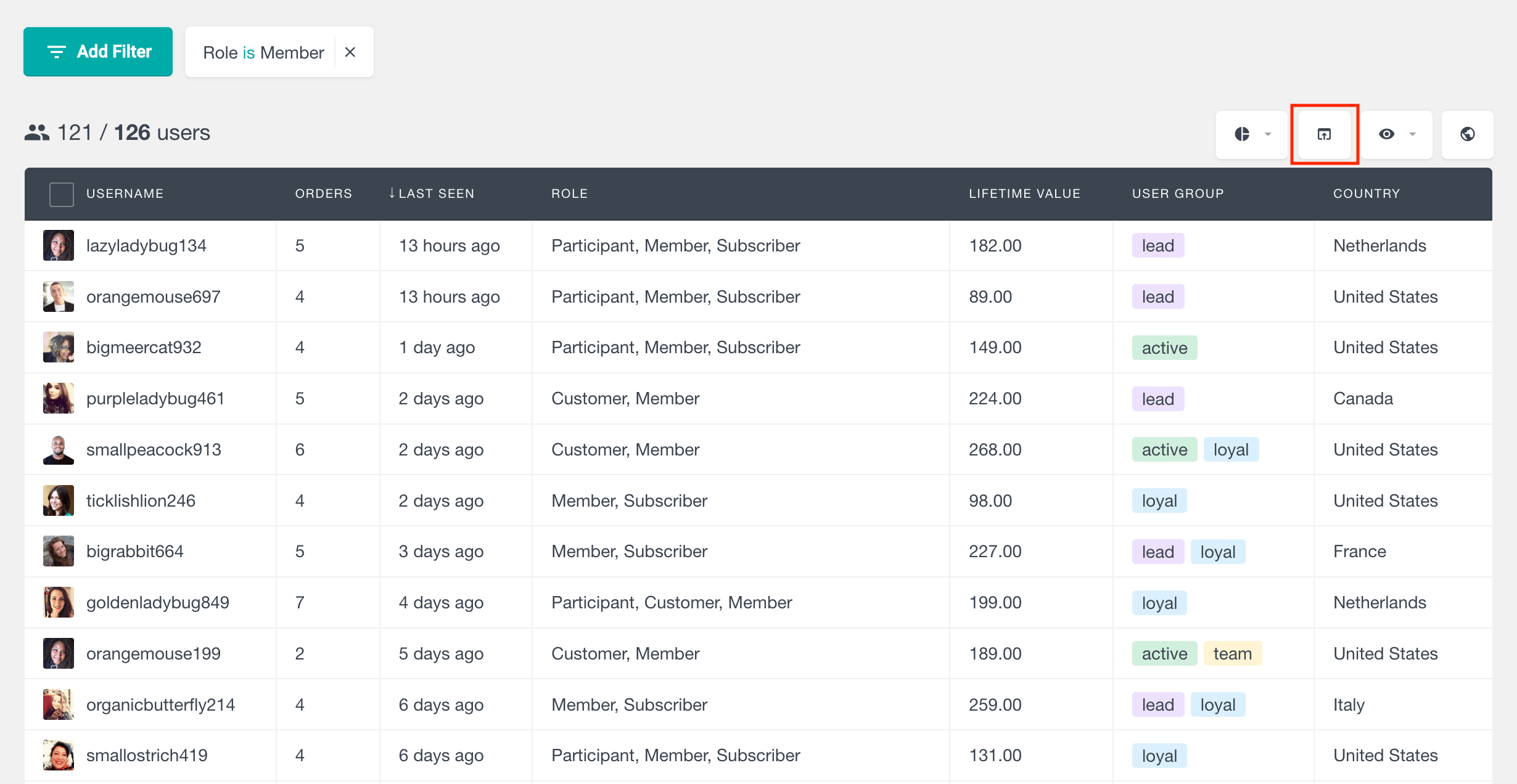 Based on that we can also define new WordPress user roles to customize even further our user experience.

Today we’ve looked into how you can create custom user roles in WordPress. We learned the different methods of applying these roles to our users, by adding or replacing them. Also we saw code examples of how to programmatically switch user roles. And finally, we found out ways to bulk change user roles, as well as how to extract information using the Users Insights plugin.

We hope you enjoyed it, and see you again next time!