The major points in this latest release are:

This have been one of your most requested feature and it’s finally here. The new Segments feature allows you to save your most used filters as a segment for later use. Its usage is quite simple – apply your filters and click on the Segments menu. 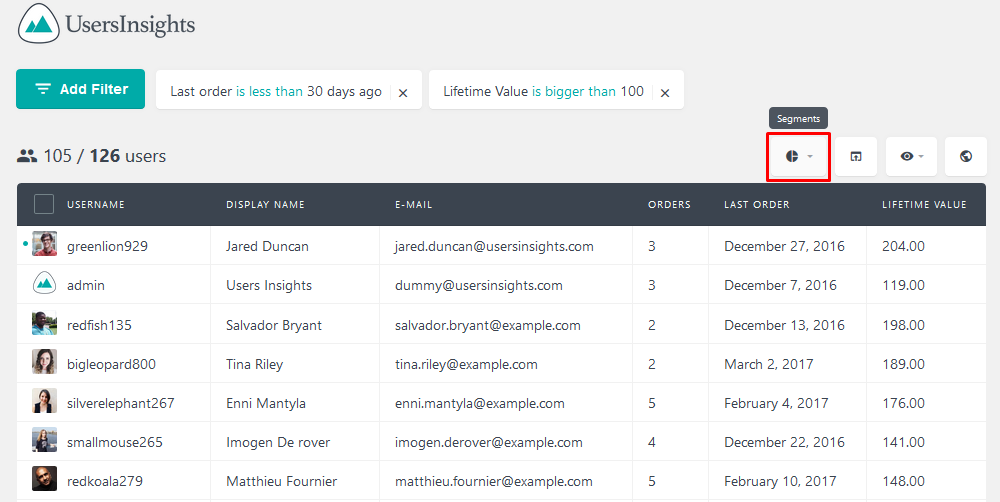 Then click on the button “Create New Segment” and select a name for your segment to store the current filters: 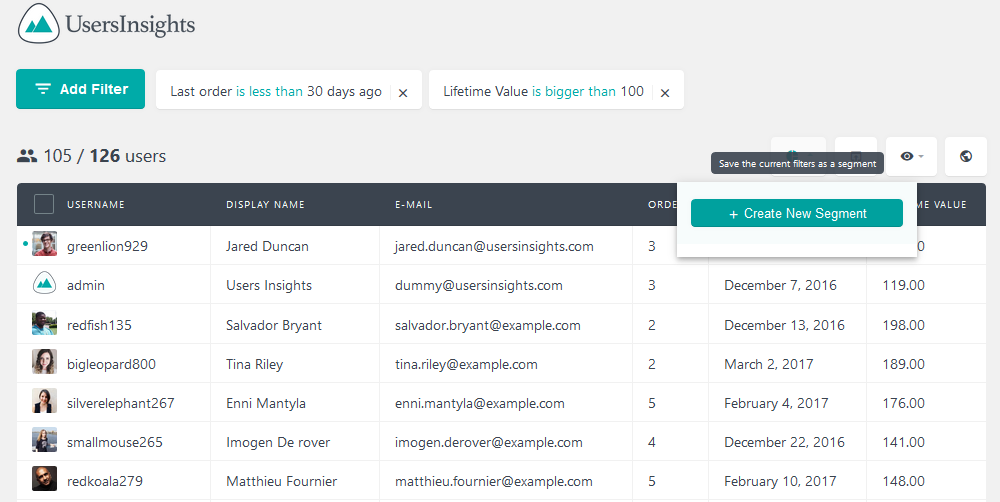 Once you do that, you and your team will be able to quickly retrieve that set of rules, no matter how complex they are: 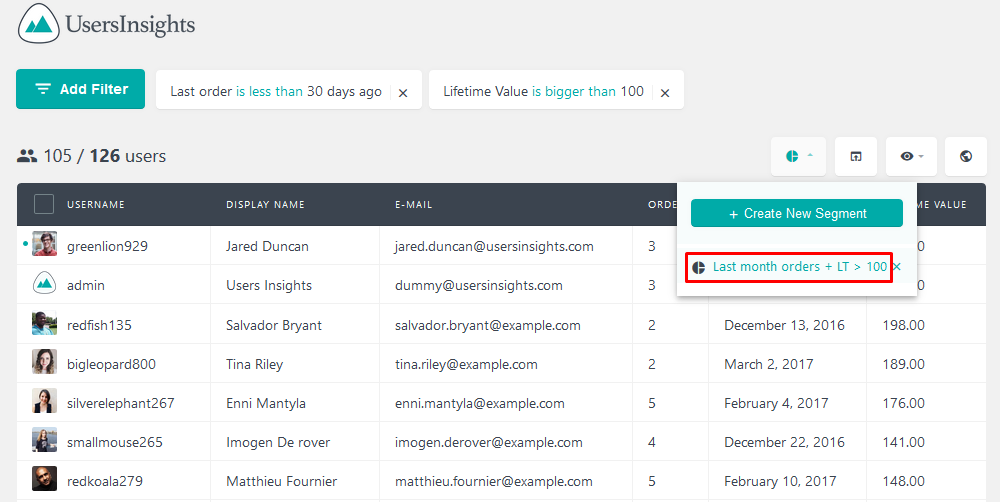 The upcoming release of Ultimate Member (version 2.0) is a major release and is going to include a lot of changes. Therefore, we have updated the Users Insights Ultimate Member module to be compatible with this upcoming update.

We’ve also included some styling fixes on the Users Insights page, since there were some conflicts with the Ultimate Member styles that were loaded on that page.

We’ve fixed an issue with the column ordering from the eye icon that was happening in some cases.

We’ve updated the browser library that is used for device detection to fix a PHP7 deprecation notice. In addition, we’ve included the Edge browser detection.

Lastly there are some general code improvements. These improvements are changes that don’t necessarily create a new feature, but usually improve software performance and organization.